As long as capitalism is omnipresent in today’s world, skateboarding is not a lucky one who could escape the virus of commercialization. Today’s story is about Sci-Fi Fantasy, the brand that represents the complete freedom from corporate mentality with full ambiguity and fun that comes with it. 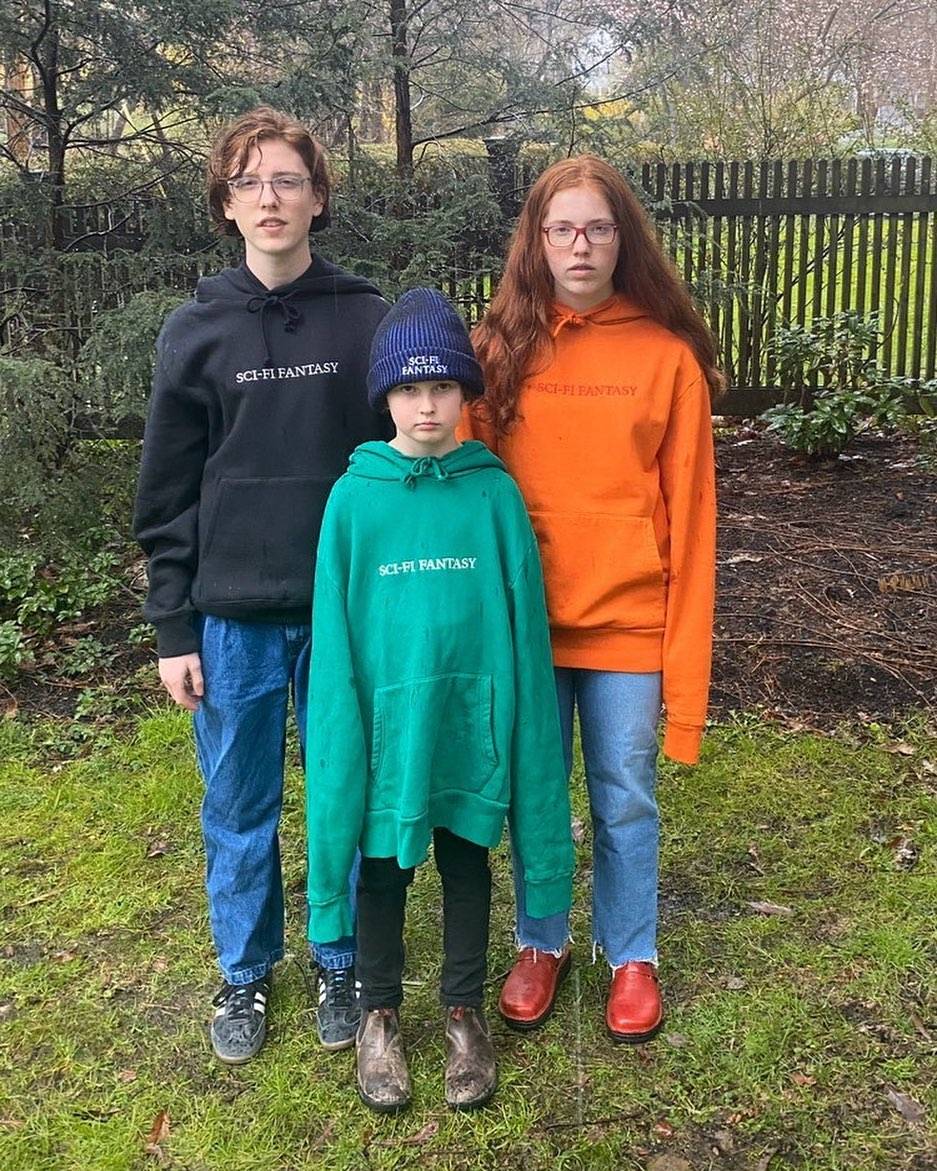 To understand Sci-Fi Fantasy, we need to know the story of it’s founder Jerry Hsu. The 39-year old Taiwanese-American from San Jose, been pro since he was 16. With more than two decades under his belt, he invented “storm flip” trick (from 1999’s infamous Osiris video “The Storm”), and arguably the first skater to release a part in which he only skates switch stance (from Emerica’s 2010 “Stay Gold” video). However, Hsu’s biggest contribution to skateboarding is a bit more subjective, he made technical street skating to appear effortless.

Apart from skateboarding, Hsu is Internet famous(just like his Instagram @internetfamous) due to his photo blog Nazi Gold, that was started back in 2009 as a compilation of random images from the Internet and Blackberry group chats with his friends. The popularity of the blog was strangely random, just as the content itself. Without any caption, Nazi Gold’s images featured everything from humor to tragedy to cute animals and Jerry’s personal photo archive. Eventually the blog became a meme’s Taj Mahal and a lot of the images found its presence in the various blogs and pages that completely far away from any relation to Hsu or anything that he does.

The start of Sci-Fi Fantasy happened back in 2017, right after Jerry Hsu finished his sponsorship with Chocolate Skateboards. It was a first moment after 20 years in his career when Hsu had a complete freedom over his creativity and ownership behind all his creations. As he explains in the interview with The Nine Club: “I had an idea just to do my own thing… I don’t even know what it is, I just made hoodies and t-shirts. It’s small, it’s mine, no one can tell me what to do. It’s just satisfying to make something, and someone wants it.” Luckily, because of his sharp taste in visual expression and ability to publish his work in the most direct and coolest manner, quickly enough Sci-Fi Fantasy gain a huge fan base from celebrities like Jonah Hill and signed for stockiest at the industry-leading retailer like Dover Street Market. 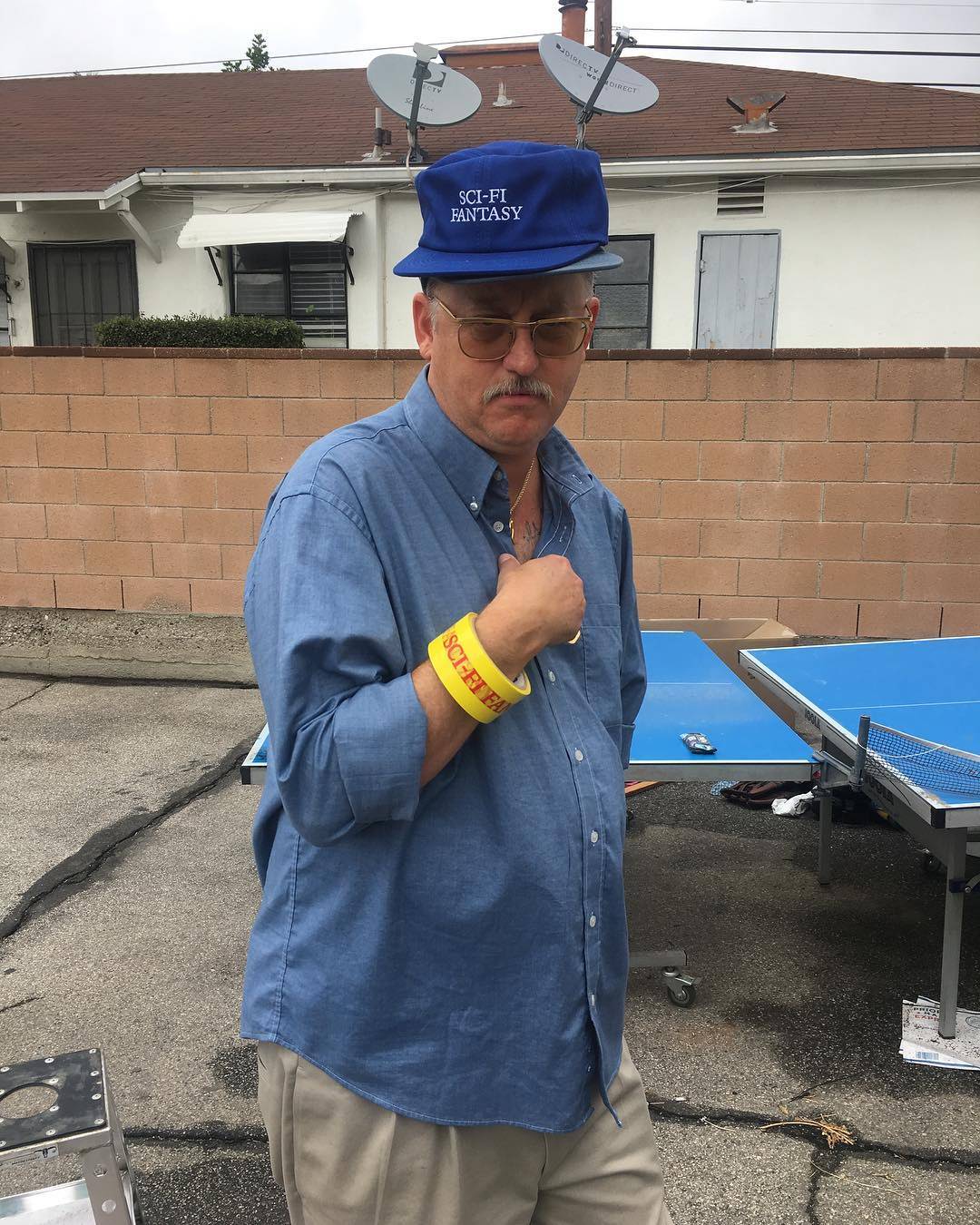 The name of the brand comes from Hsu’s personal love for Sci-Fi genre and all things naïve futuristic and “artificial intelligence trying to make friends online” type of stuff. The aesthetic of the brand is based on the clean and simple graphic design on streetwear staples. It celebrates a past where our gaze was firmly fixed on the future, where Helvetica font has never been so extravagantly fresh and desirable. In other words, Sci-Fi Fantasy is Jerry Hsu’s brainchild of literally anything he can find interesting to share and create. 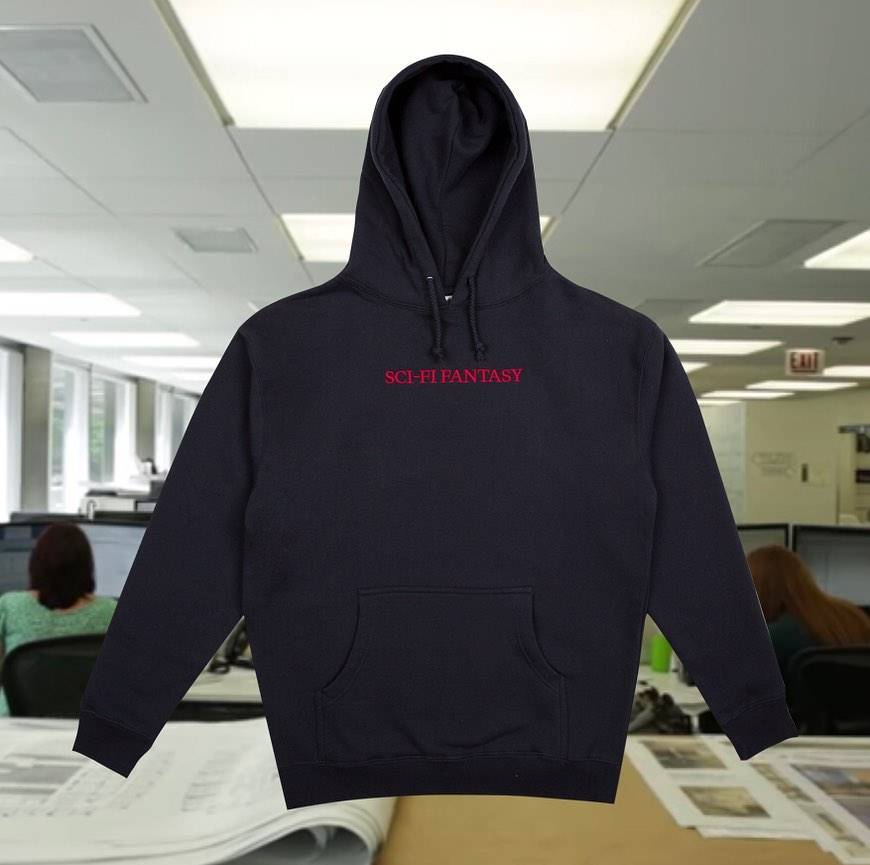 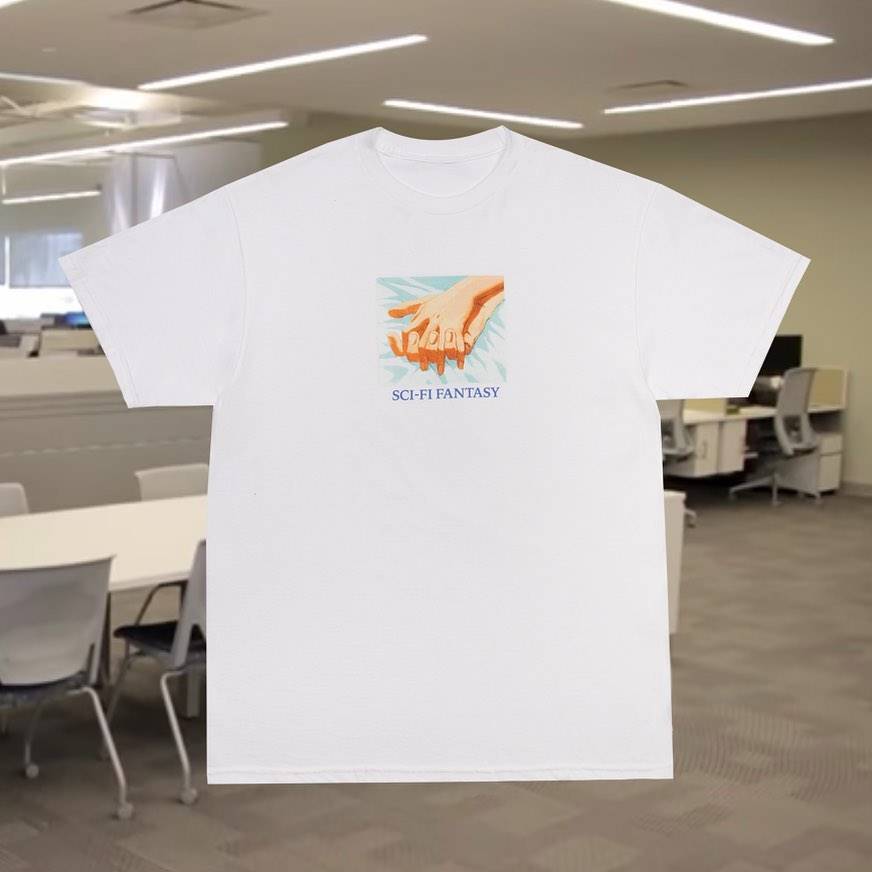 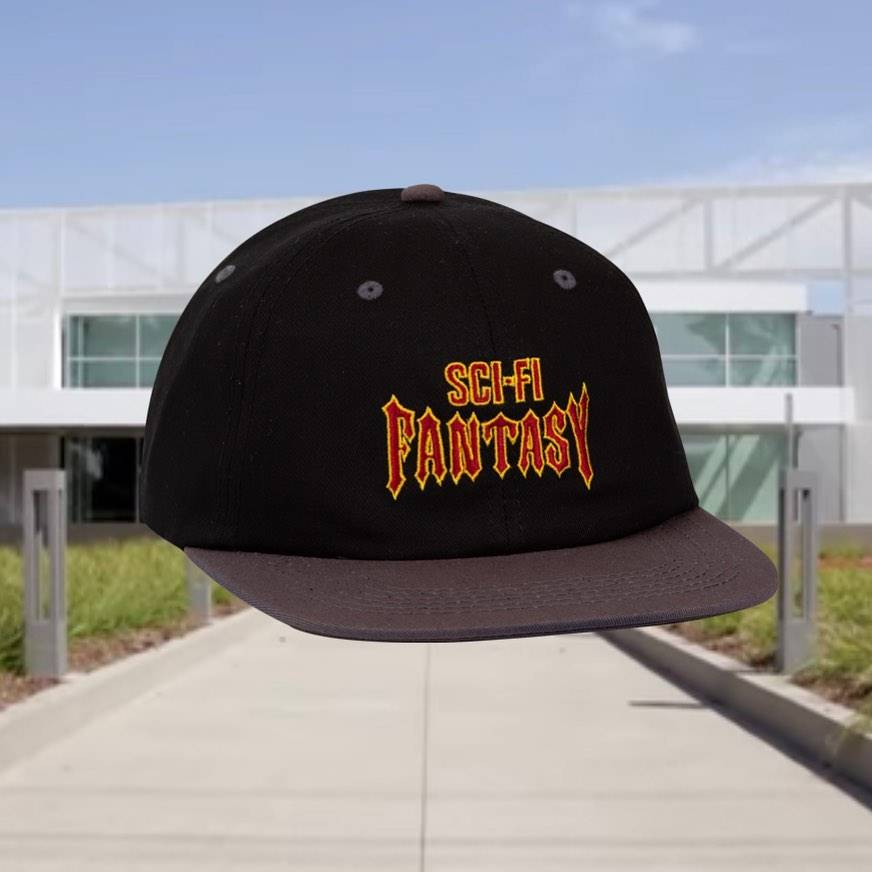 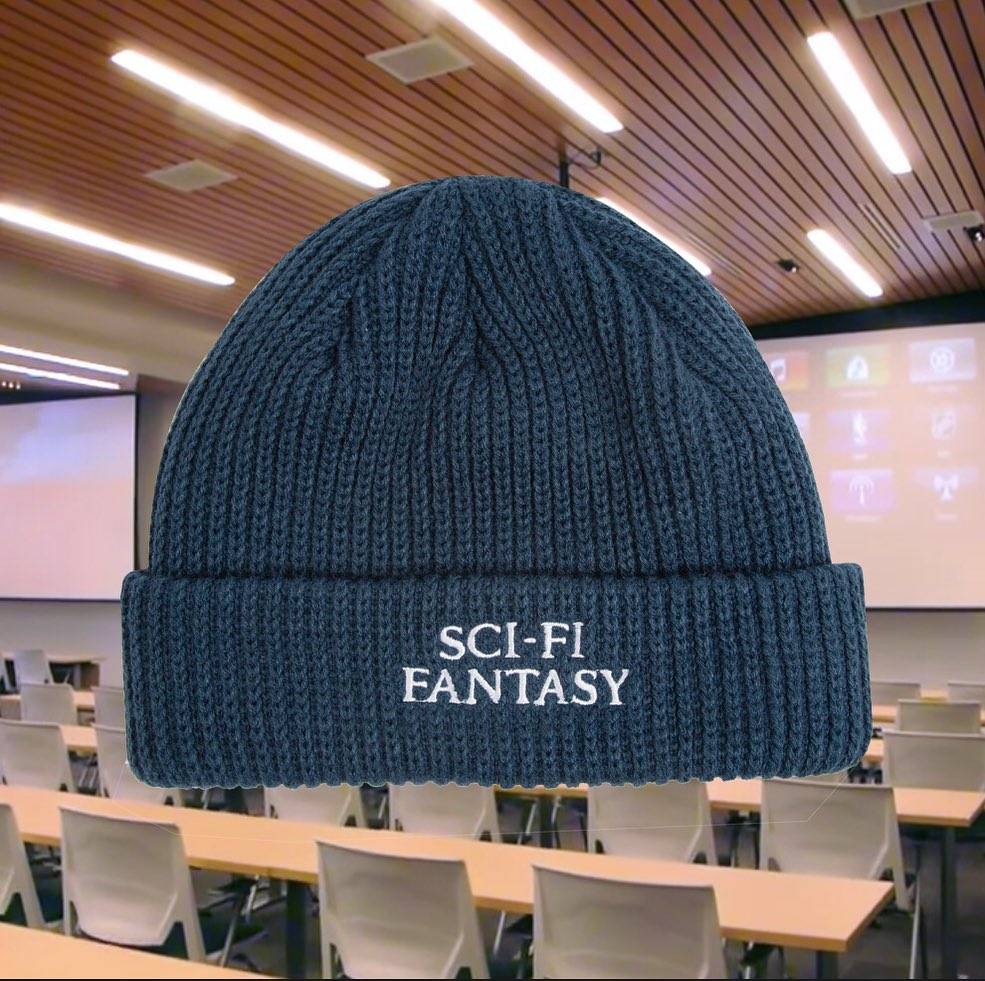 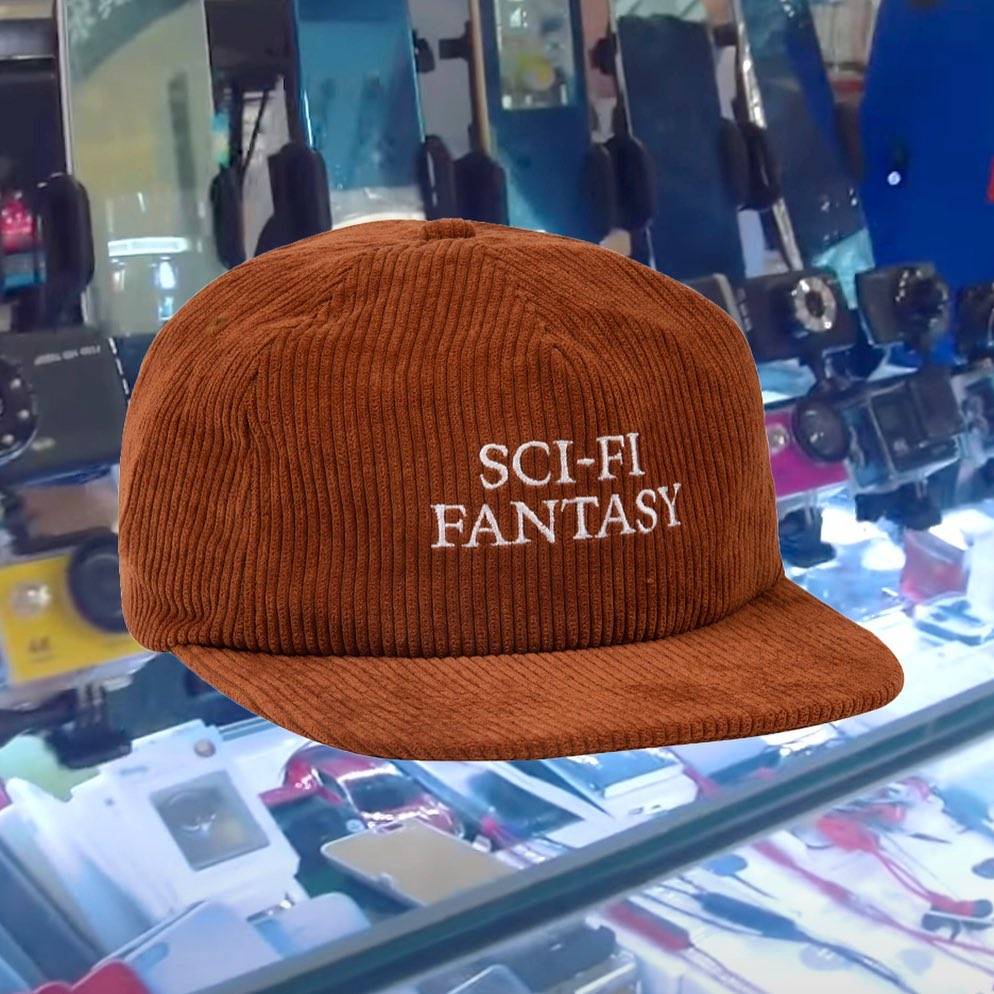 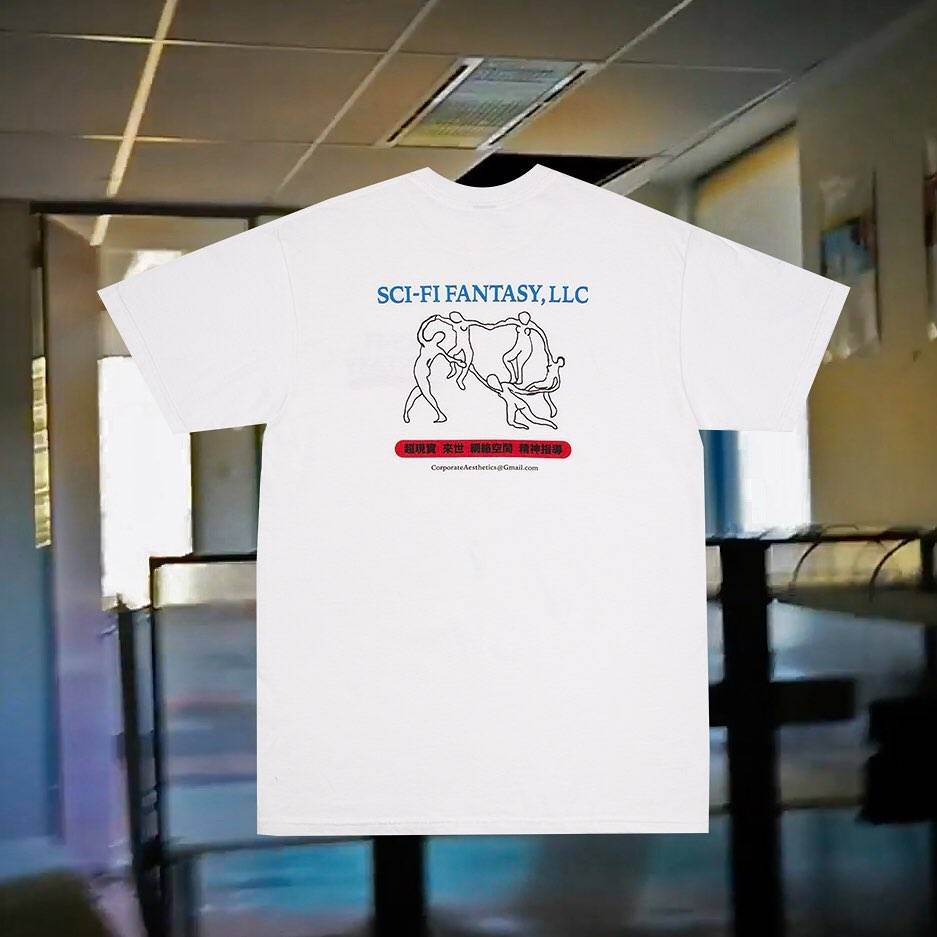 In the industry where you get paid for your passion, and companies manipulate your childhood dreams and talent for their own profit, it’s important to remain honest with yourself. Sci-Fi Fantasy is a just another example of how you can make a living from your hobby as long as it’s genuine, either it’s skating, photography or just collect weird images from the world wide web.